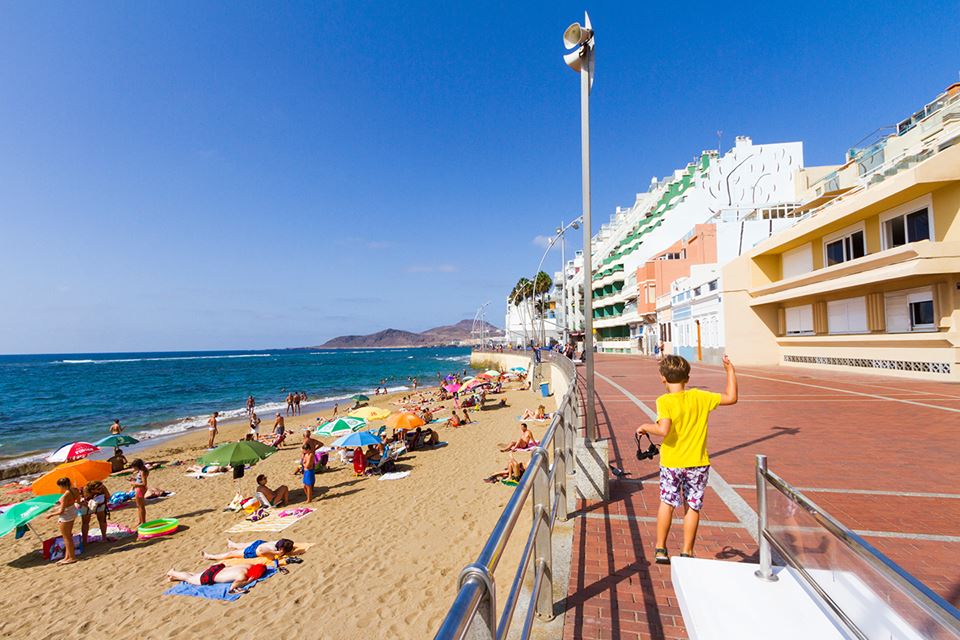 Yes, lots of people around the world find it a challenge but if you’re living  in Las Palmas de Gran Canaria you know that all you need is a parking space one centimetre longer than your car.

Here’s how you do it…

Line your car up parallel to the car parked in front of your space so that your wing mirrors are in line and one metre apart.

Turn the steering wheel as far as you can towards the pavement and reverse until the road just disappears out of view in your wing mirror.

You’re in the space, and you didn’t even have to touch park.

Any street in Las Palmas that ends on a beach ( Las Canteras, Alcaravaneras) has numbers that start from 1 at the sand. The higher the number, the further you are from the sand.

What about streets that don’t touch a beach? There’s no rule so you just have to work it out as you go along.

The rest of the Northern Hemisphere has summer during summertime but not Las Palmas. Here in Gran Canaria’s capital, summer starts the day the kids go back to school in the middle of September.

It’s when the Trade Winds fade and the pesky Panza de Burro (Donkey Belly) clouds that hang over the city in July and August fade way.

Instead of Autumn, we get blue skies, hot days and stunning sunsets from mid-September until well into November.

All that late sunshine also means that the sea is lovely and warm right up until Christmas.

You can only shop on Sunday during cruise season

Sunday trading isn’t allowed in Spain, but Las Palmas lets some of its shops open on Sundays during cruise ship season. After all, we can’t have the Panama hat crowd wandering around and not have anywhere to spend their money.

So you can go shopping instead of going to the beach on Sundays in Las Palmas, but only from mid-October to May when the big ships are in town.

You visit museums on the first weekend of the month

Because that’s when they’re free.

You never buy bananas in a supermarket

Why buy a cellophane-wrapped bunch of bruised, green platanos when you can pick up a bunch of fragrant yellow ones from the nearest little shop?

You can’t order coffee and the bill

You’ve eaten your meal and you’re in a bit if a hurry so you ask the waiter for a cortado and the bill.

The coffee arrives, but you never get the bill at the same time.  Once you’ve finished the coffee, then you can ask for the bill.

Trying to mess with the natural order of things just won’t work.

Oh, and you don’t have to say “la cuenta por favor” to get the bill. Just put your hand in the air, catch the waiter’s eye and autograph the sky.