Las Palmas: An Ideal Property Location For Those Living & Working in Africa 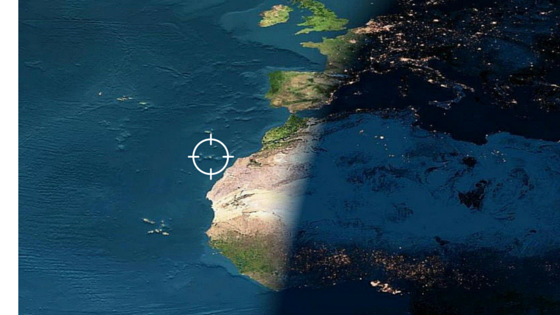 Gran Canaria is right between West Africa and Europe

This year I’ve received several property enquiries from people from all over the world who live and work in Africa.  Helping them has been fascinating and I’ve found out so much about the oil and mining industry in Africa and about NGO work all over the continent.

So, I though I have a look at why Gran Canaria, and Las Palmas in particular, is such a good location for professionals working in Africa and looking for a base for holidays and modern work facilities.

Las Palmas has always been an important port for trade between Europe and Africa. 100 years ago it had a large British colony and several important British companies. They controlled the port’s coaling station and trade between Britain’s colonies in West and South Africa and Europe. It’s a position that Las Palmas Palmas is working hard to recover now that the West African oil industry is established and trade is increasing again.

Las Palmas is the biggest city in the Canary Islands and offers all the advantages of a modern European city (and the traffic). It’s got a mild climate, a stunning beach and everything you need for a regular R&R break.

And it’s airport is one of the busiest in Europe with flight connections to most major cities in Europe. The runway is just 20 minutes from the city.

The Canary Islands are politically stable and, as part of Spain, within the EU

Las Palmas is one of the safest cities in Spain and has an excellent healthcare system. It also boasts world-class internet and has excellent facilities for people who need a break but also have to work. Good friends of mine run coworking spaces in the city (check out The House) with everything you need to work in a relaxed atmosphere whenever you need to.

Las Palmas is a modern city but it’s still relaxed by European standards. Little things like cheap taxis, good coffee, tapas and the warm sea mean it’s an easy place to relax thanks to the beach and a huge range of restaurants and shops.

The city has always had plenty of hotels, but the private rental industry has taken off in the last couple of years so you can always rent an apartment for a week or two.

Or, as several of my clients are doing, you can buy a Las Palmas property and rent it out while you are away. The right property will generate a rental return that covers the mortgage and earns a decent return on investment. With Las Palmas property prices expected to rise by 40% over the next 10 years, buying in the city makes plenty of sense.

Here’s my guide to the main Las Palmas property zones.

And a breakdown of everything you need to know about buying a Las Palmas Property.

Sounds interesting. What do I do?

I work for one of the city’s oldest and best-regarded estate agencies and can arrange viewings for almost every for-sale property in the city. And help with all paperwork and local taxes.

If buying a Las Palmas property sounds tempting, just send me a message and I’ll be in touch.

Of course, even if you aren’t interested in buying, you can always ask me anything about Las Palmas and Gran Canaria.

I look forward to meeting you.