Gran Canaria Property: What Is The Clausula Suelo? 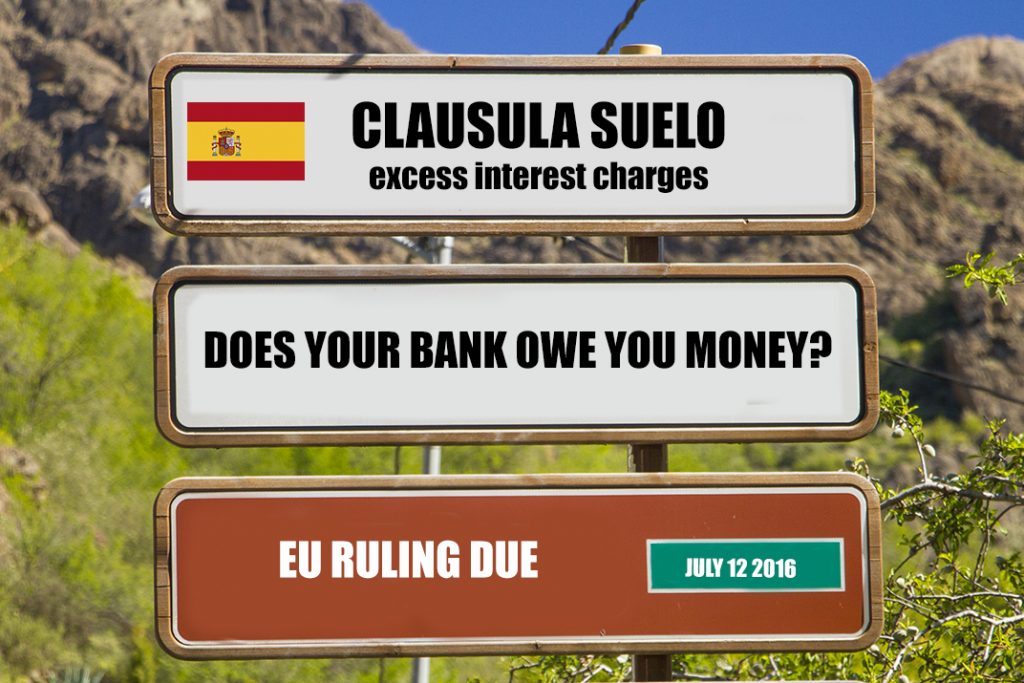 What is the clausula suelo? How does it affect Las Palmas de Gran Canaria propertyy owners

The clausula suelo and how it affects Gran Canaria property owners

Spanish banks have long included a minimum interest rate clause in their mortgage contracts. It guaranteed their profits even during periods of low interest rates.

It also left lots of people paying high rates when the EURIBOR is at a record low.

In 2013, the Spanish Supreme Court said the clauses were illegal in these circumstances…

However, the court also ruled that banks only has to return excess payments made after 2013.  Payments made before the ruling were still illegal, but didn’t have to be given back.

The rule that banks only have to return money paid since 2013 struck many people as unfair.

Spanish consumer groups accuse the establishment of protecting its own and ignoring people’s right. They claim that Spain puts profits over people.

The EU agrees. Back in October 2015 it said that if a clausula suelo clause is illegal and void, Spanish banks should return all excess payments.

Mortgage holders have appealed and there is even a class-action suit ongoing. More on that (in Spanish) here.

The banks ignored the suggestion and Spain and its courts didn’t act.

The EU Court of Justice decided to look at the case and make a firm ruling.

It has now held its hearing on the Clausula Suelo and a judgement is due on July 12.

In the meantime, Spanish courts won’t rule on the subject. They are waiting to see what the EU Court of Justice says.

If the Court rules in favour of mortgage holders, Spanish banks will have to return billions of euros.

After a tough decade of building up their capital and recovering from the crisis, it’s not something they look forward too.

What it means for Spanish mortgage holders

If your mortgage has a minimum interest rate clause and you feel that it wasn’t explained, you may have a case. Talk to a local lawyer.

Currently, you have to take the bank to court to claim back the excess charges. If you win, the bank pays your legal costs and returns the money.

Don’t expect a cash windfall. The banks knock the money of your outstanding mortgage debt rather than giving you the money.

Still, if the EU Court rules in favour of mortgage holders, lots of property owners in Las Palmas, Gran Canaria and the whole of Spain will have something to celebrate.

For a while at least. The Spanish taxman has already warned that it plans to tax any clausula suelo money returned by the banks.