Buying A House Or Villa In Las Palmas? Here’s Where To Find Them 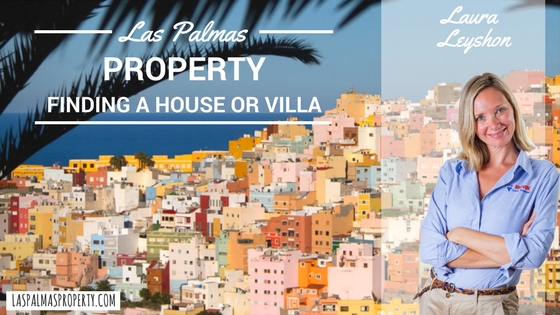 How to find a house or villa in Las Palmas

Lots of my clients want to buy a house or villa in Las Palmas de Gran Canaria city.

The problem is that Las Palmas is a dense, high-rise city with few typical suburban areas. Houses, especially villa-style houses with gardens, are in short supply.

However, they do exist and the process of buying one is the same as for any other property. The challenge is finding a good one.

The Garden City is a pocket of villas and large houses right in the middle of Las Palmas. It sprang up around the Anglican church at the beginning of the 20th Century and many of its houses are protected as architectural treasures (meaning that you can’t alter their facades but also don’t have to pay the annual IBI tax). There are even a couple of condominiums with swimming pools tucked away inside the Garden City.

House prices in Ciudad Jardín are high because it’s a small area and most of the properties are substantial. You can buy an apartment in the area from around 150,000 euros but houses start at around 500,000 euros.

La Isleta is a local barrio at the northern tip of Las Palmas city. It is mostly low-rise and many of the original terraced houses remain. They don’t look like much from the outside but are often spacious with patios, roof terraces and high ceilings.

Prices in La Isleta are lower than in the Puerto District behind Las Canteras beach. You can get a house in the area for between 1000 and 1500 euros per square metre (depending on how much work it needs). Many La Isleta houses need the kitchen, electricity and water updating before they are up to modern standards.

There are also some old houses left at the other end of the beach in Guanarteme although they tend to be pricier (from €1500m²).

Vegueta old town has plenty of large Canarian houses, many with period features like wooden balconies and beamed ceilings. The oldest are Medieval from the 16th Century.

Some Vegueta townhouses have been converted into flats or offices but residential houses do come up for sale regularly. Most are large and prices begin at €500,000 for a terraced house in Vegueta.

The situation is similar over the road in Triana although most houses here are from the 19th and 20th Centuries.

Houses in other parts of Las Palmas

Las Palmas has lots of barrios where the original terraced townhouses have survived the dash to high-rise apartments. Areas like Alcaravaneras just by Mesa y Lopez, Arenales by San Telmo, and the barrios of San Juan and San Jose have plenty of terraced houses and old houses converted into flats.

Prices vary from €1500m² close to Mesa y Lopez down to below €1000m² in San Juan and San Jose on the hills close to Vegueta and Triana.

Tafira is a residential area within ten minutes drive of Las Palmas. While it’s outside the city limits it is within the Las Palmas municipality and is well connected to the city by bus.

Tafira has all sorts of houses from classic villas with large gardens and pools to more modern terraced houses with small gardens. A typical semi-detached villa with garden in Tafira costs around €300,000. Prices rise with size and a for large detached villa can cost anything from €500,000 and up.

Another place to consider is San Lorenzo village just northwest of Las Palmas. It’s has a small core of old houses and plenty of houses with gardens and terraces close by.

The nearby areas of Monte Lentiscal and Santa Brigida are also close to Las Palmas city and well-connected although they are technically outside the Las Palmas municipality.

Tamaraceite used to be a sleepy town surrounded by banana plantations but it is now a large residential town with lots of modern houses. People live in Tamaraceite and work in Las Palmas because prices here are much lower. You can buy a decent house with some outside space for €2o0,000 and up.

Tamaraceite has plenty of shops and local restaurants but is heavily built up and a good 10-15 minute drive from the centre of Las Palmas and the beach.

Looking for a house in Las Palmas? I work for RE/MAX Cony, one of Las Palmas’ oldest and best regarded estate agencies, and can show you almost any for-sale property in and around the city.