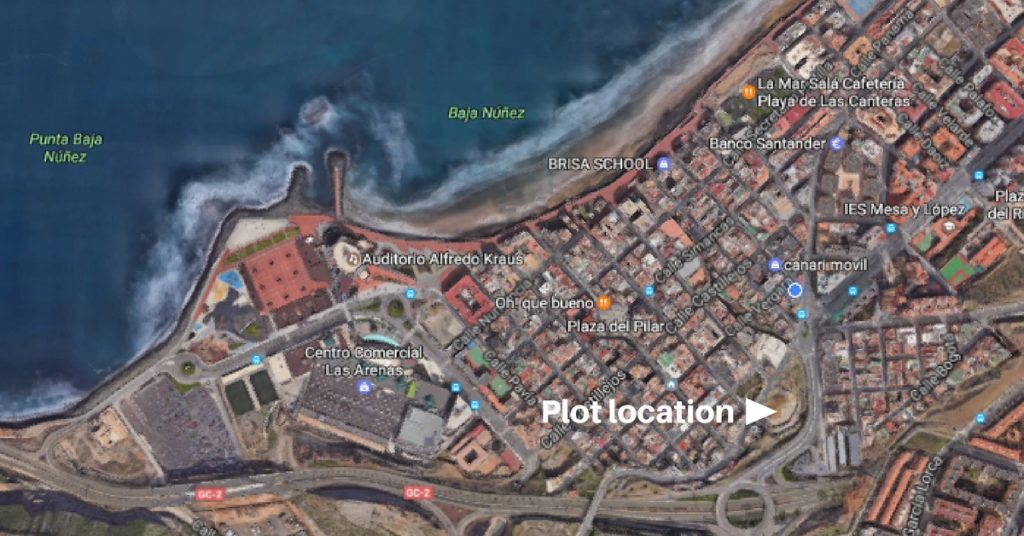 The Guanarteme district of Las Palmas is about to get 300 new apartments if a new build project comes to fruition.

A 20-strong investment consortium that includes Satocan (owners of the Gran Canaria Sheraton) and the Dinosol supermarket group plans to resurrect a 300-property building project from the pre-crisis days.

The group now owns the 8000m² build site (the guide price was €30m) that was originally acquired and cleared by the now-defunct Spanish company Martinsa-Fadesa. It planned to put up a huge 13-storey building called the Gran Guanarteme but went bankrupt before building started.

The plot in question is at the western end of Mesa y Lopez street and is bordered by Mario César, Fernando Guanarteme and the Plaza de América.

The site already has permission for up to four buildings that can be 10, nine and seven storeys high although there are no public plans for what the new investors plan to build.

We do know that the consortium plans to start work before the end of 2017.