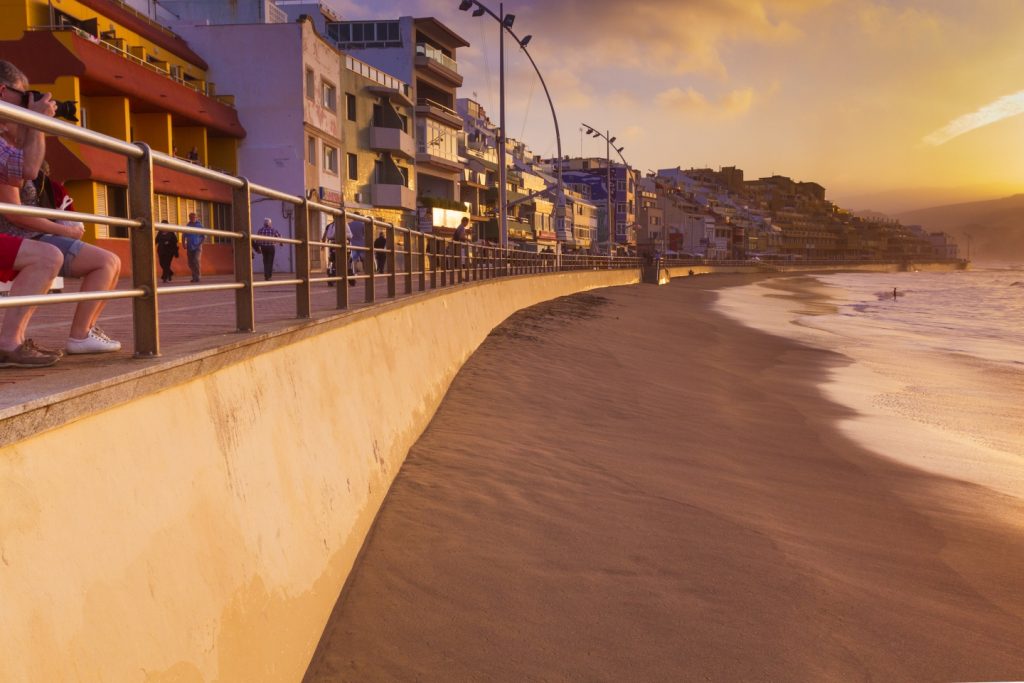 La Peña is the beginning of the southern half of Las Canteras beach. It isn’t quite as in demand as the northern half because visitors have a mistaken idea that it is windier.

However, the La Peña area of the beach is still sunny and sheltered and doesn’t get the waves that you get around the corner at La Cicer. This is still very much the sunbathing section of the beach rather than the surfing zone.

La Peña has a good mix of properties with lots of one- and two-bedroom apartments with balconies and sea views, as well as some larger penthouse apartments. Calle Portugal is worth looking at as an alternative as it is just one street back from the beachfront and will eventually become pedestrian. There are lots of flats and apartments in the Guanarteme barrio behind La Peña and some real bargains.