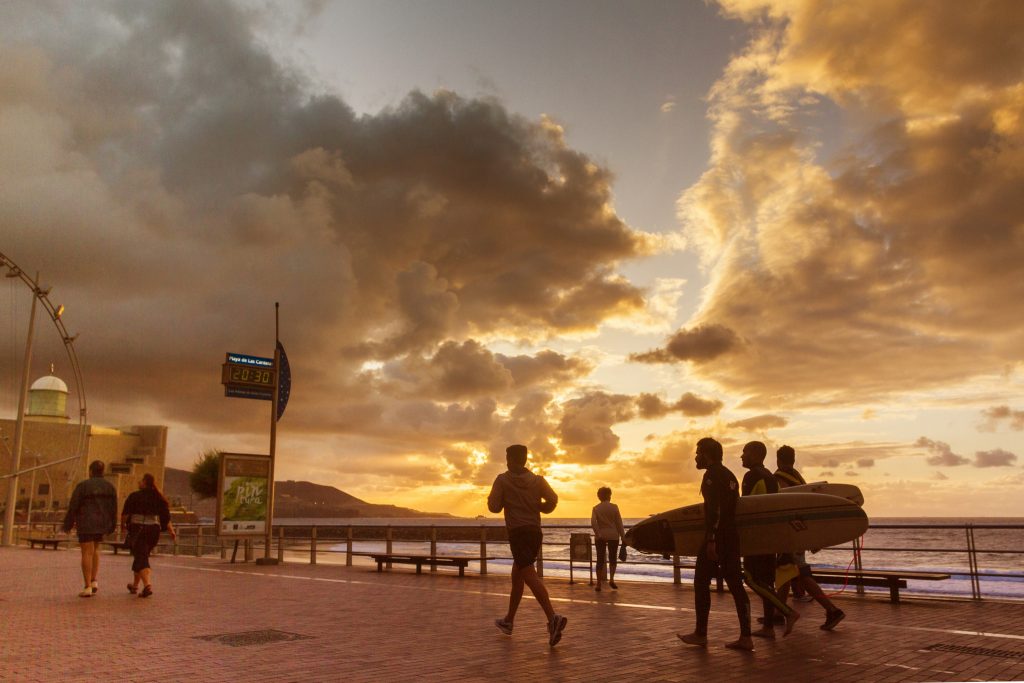 Despite what the headlines say, the Las Palmas de Gran Canaria Town Hall is not planning to ban jogging along Las Canteras beach or the beachfront.

It has just has issued guidelines for new rules for Las Canteras beach and the beachfront boulevard.

What the draft rules actually say is that the local police would be allowed to prevent runners during exceptionally crowded periods (such as during fireworks displays and processions).

Other proposals include a complete ban on fishing anywhere in the Las Canteras beach zone (currently it is allowed at night at the south end of the beach), and improved access for people with disabilities.

The draft rules also suggest specific zones for sports such as kayaking, snorkelling and beach tennis. How the local police will enforce these rules has not been mentioned.

Smoking will definitely be banned on Las Canteras beach from the beginning of 2019 after a public vote. Smokers facing a 300 euro fine for lighting up on the sand.

The draft rules, which have attracted unfair scorn on social media, will be open to public consultation from April to September and the final rules will become local law at the start of 2019.