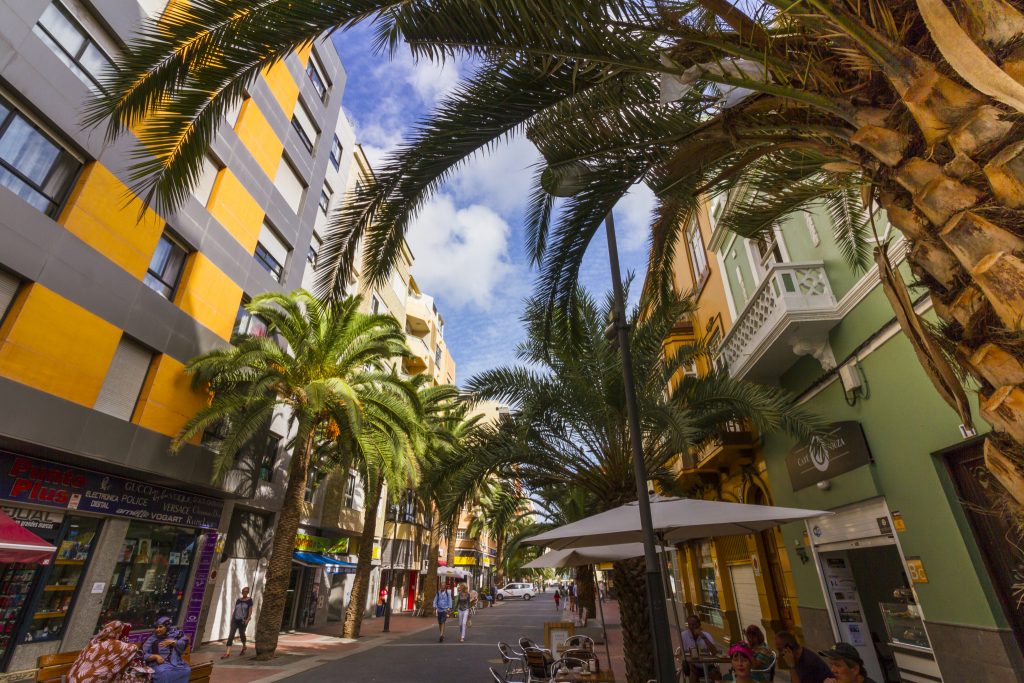 Las Palmas is fast becoming a more pedestrian-friendly city. The overall idea is to create a pedestrian corridor from the old football stadium to Las Canteras beach.

As part of this, Calle Galicia in now pedestrian and Ruiz de Alda is a thriving spot for outdoor cafes and restaurants. Both used to be busy and noisy streets.

Simultaneously, the city is preparing the way for the MetroGuagua BRT system. This will connect the southern half of the city to the port with a fast bus running in its own lane. Work on the MetroGuagua is currently focused on Mesa y Lopez street, also set to be pedestrian.

The work is causing traffic jams around Mesa y Lopez. However, the final results will be a cleaner city and faster public transport.