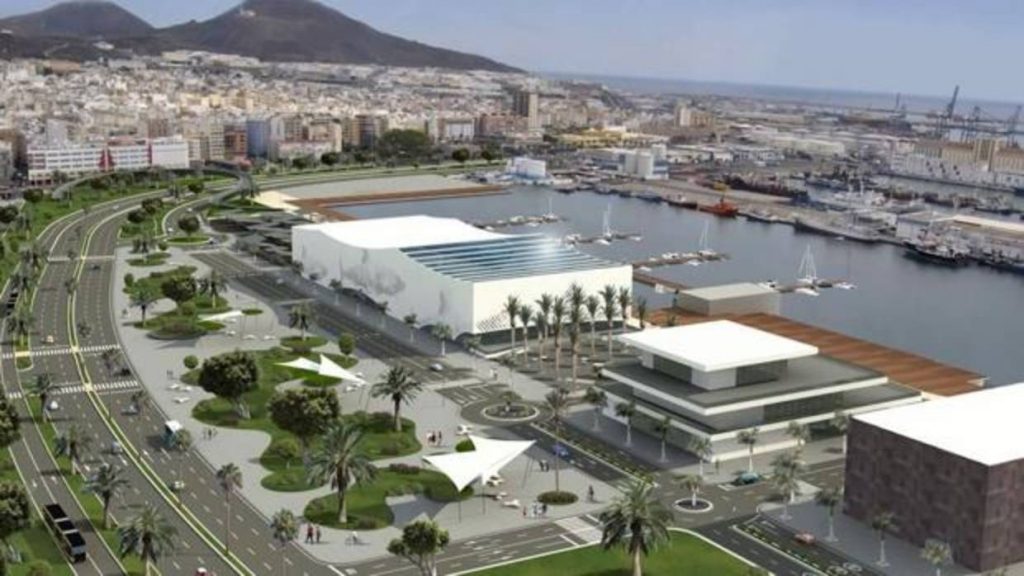 The next phase of an ambitious project to recover the Puerto de La Luz seafront in Las Palmas is going ahead with the relocation of the warehouses next to the Poema de Mar aquarium.

Currently occupied by the Red Cross and World Food Program, the warehouses will be removed and replaced by open public space. The charities will be relocated to custom-built warehouses, funded by the Las Palmas Town Hall, elsewhere in the port.

Eventually, the area around the Poema de Mar will be a large urban park stretching from the Mercado del Puerto all the way to the Naval Base at the east end of Mesa y Lopez. It will be linked to the Mercado and the Las Canteras beachfront by a pedestrian bridge.

Another phase of the redevelopment of the port seafront is also scheduled to start early in 2019; A  115m path that runs from the cruise dock next to Santa Catalina Park to the edge of the Naval Base. It includes a large waterfront platform suitable for sunbathing and events.

Las Palmas de Gran Canaria’s long-term plan is to recover the whole port waterfront for public use, including the large area currently taken up by the Spanish Navy.