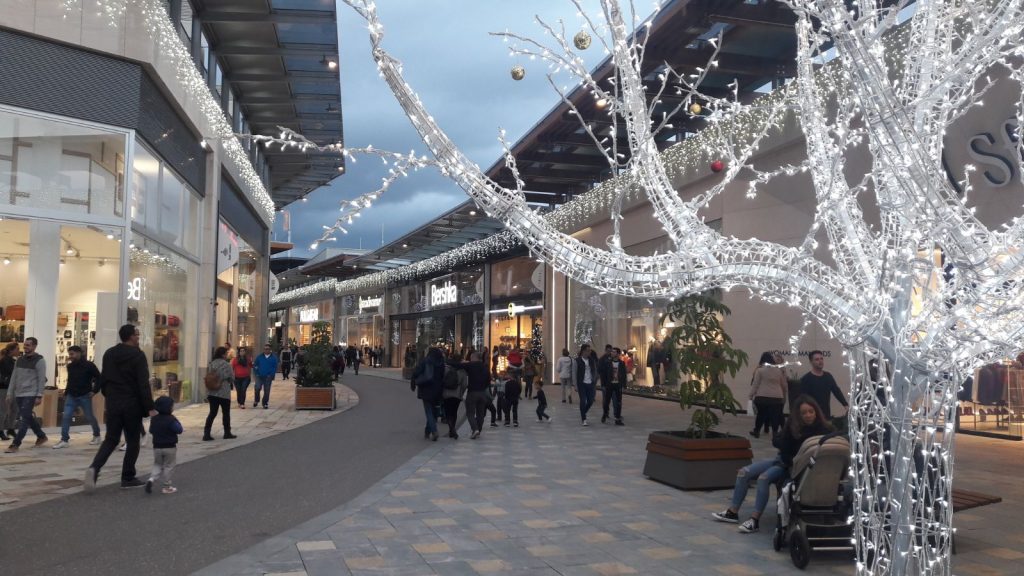 The huge new Los Alisios shopping centre in Tamaraceite just east of Las Palmas is open to the public in time for Christmas.

Los Alisios is an open-air shopping centre with over 100 shops and 30 places to eat and drink (including a Starbucks). It’s an ambitious €150 million project, and many fashion brands have opened their flagship Gran Canaria stores on the site.

It’s the size of 33 football fields and is the largest shopping centre in the Canary Islands.

We went yesterday for a look around and it really is impressive because it’s all outdoors. The shopping area has wide paved avenues and feels more like an upmarket High Street than a mall.

It has a good mix of clothes shops such as Mango, Zara and Levi’s (full store list here), a big Hiperdino supermarket, 10-screen cinema, and some interesting-looking home furnishing stores such as Conforama. Upstairs has a KFC and plenty of other food choices including a couple of interesting-looking places that do Asian noodles.

There are also several novelty features like an LED staircase, interactive floor games, and giant interactive TV screens that keep the kids occupied.

While there was some cynicism about putting such a large shopping area out-of-town in Tamaraceite, I’d say that they have done a great job and that the design and choice of shops will make it a success.