Selling Gran Canaria Property: Plusvalía, The Tax You Shouldn’t Have To Pay 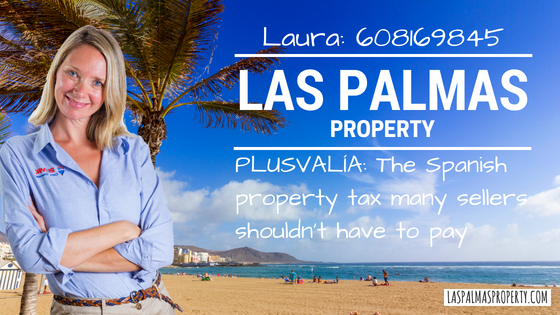 Plusvalia is a local authority tax on the rise in land value. It is paid by the owner when they sell a property and is a major source of funds for municipal authorities all over Spain.

However, since official land values haven’t dropped in line with property prices since the crisis, many sellers have had to pay Plusvalia tax (known officially as the Impuesto Sobre el Valor de los Terrenos de Naturaleza Urbana) even when they lost money on their property.

Last year, Spain’s Supreme Court ruled that it was unacceptable for local authorities to tax people who had lost money on their property.

In theory, all you now need to do is prove to the local authorities that your property sold for less than you paid for it to be exempt from Plusvalía.

However, many municipios in Gran Canaria and all over Spain still insist on collecting the tax and say it is up to the seller to reclaim it in court. Since this can cost over 1000 euros, many sellers don’t bother and the local authorities simply keep the money.

If you sell a Gran Canaria property at a loss, seek the latest advice about plusvalia tax from your local estate agent or financial advisor. The situation varies depending on the municipality and getting it wrong could cost you a lot of money in tax payments or legal fees.